Want to Become a Member?

Please email us at: CCW@camdencorpwatch.org or fill out our contact form.

Our next meeting will be held @

For information on how to participate, please contact us. 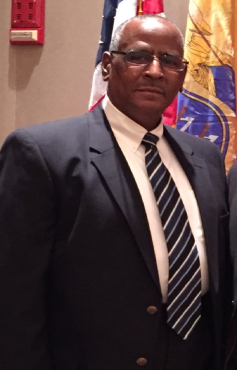 Note from the Executive board:

It is with deep sorrow that we announce the passing of retired Rutgers Police and current Camden Corporate Watch President, Chief Guy M. Still.  Chief Still was recently diagnosed and undergone treatment for cancer.  Guy was placed in Hospice Care at Virtua Hospital in Mt. Holly, where his family was by his side

Chief Still joined the Rutgers University Police Department as a patrol officer in October of 1978 with a steadfast commitment to improving safety and security at Rutgers.  He took great pride in being a valued and trusted leader of the Rutgers University-Camden community and dedicated his career to ensuring a secure and comfortable campus environment for thousands of students, faculty, staff, alumni and visitors.  Guy rose through the ranks of the RUPD serving in patrol, investigations and support services prior to his appointment as the Chief of Police.  Guy was promoted to Lieutenant in 1990, Captain in 1995, and appointed as the Chief of Police in the Camden Division of the RUPD in 1997. He ultimately retired in 2017.

Throughout nearly four decades, Guy earned several meritorious service commendations in addition to the N.J. State Senate Distinguished Citation Award.  He earned a degree in Political Science and a Masters in Public Administration from Rutgers University.  He was also a graduate of the 167th session of the FBI National Academy in Quantico, Va., and was selected by his peers to serve as a Sectional Representative of the FBI. He was the former president of the Camden County Chiefs of Police Association.

This organization has been around for over 35 years and Chief Still was the longest running President of the organization spanning over 20 years. Camden Corporate Watch board members said his enthusiasm to serve and deep love for the organization will be remembered forever.

Each of us not only grieves at the passing of a tremendous individual but also for the loss his family suffers. Our sincere thoughts and condolences are with the Still family during this most difficult time.